The route from the end of Greenway Arc 2b var to Rainham has been much improved but extended to avoid the busy A13, but it lies inside the Oysterzone, so the 10-mile ride - Spin-off 3 ext - is mainly for local cyclists. It is at least a rewarding ride now but not included on this GPS pass. Rather, take the train and start at Rainham.

The first miles are exceptional, and family friendly to Purfleet; a beautifully surfaced path deep into Rainham marshes and alongside the Thames, past sunken WW2 landing craft 1.7 and Rainham Marshes RSPB centre and café 4.6. At Purfleet station level crossing 5.3 take the path R through scrubland until rising onto the seawall. You are then hemmed between estuary and ferry terminals, ducking and diving over and under pipelines, jetty approaches and container ferry ramps for a mile with porterages until you pass under the QE2 bridge 6.7.

The path shortly becomes a concrete surface as part of the defensive wall. Magnificent cycling! Furthermore you soon pass to the seaward side, and for almost half a mile as you round Stone Ness Point 7.7 the wall is a riot of graffiti art. It acts as backdrop to abundant seabird life, river traffic and estuarine vistas, so as with Spinoff 4 across the water, this is a Cycle Orbital highlight section.

This may not be everyone’s cup of tea however - hence the warning of porterages and intrepid conditions - but there is no intermediate access along this path. The alternative road ride through West Thurrock is a nightmare of HGV traffic, so my advice is to be brave and stick with the Spinoff - unless you intend to use the Dartford Crossing: at the Dartford QE2 Bridge L up the sliproad (contraflow) to the parking area and call for a free ride over to Dartford: E to Gravesend Spinoff 4 , S on Arc 4 , W on Arc 3.

Back on the seawall: at the pink and grey Proctor and Gamble soap factory (you’ll smell it!)  it is worth deviating the few yards inland 8.4 (warning: the path is almost sealed up with concrete blocks to prevent joyriding) to see 12th century St Clement’s Church, incongruously set inside the factory. It was featured as one of the churches in Four Weddings and a Funeral.

After a fine path with three porterages over flood defences NCN13 resumes at Wouldham Rd 9.2, continuing along the shore to Grays Beach Park 10.5. Take Dock Rd 11.2 out of Grays and soon 11.7 an off-road track takes you into Tilbury 12.9. NCN13 indicates the footbridge here, but continue on Dock Road and there is a ramped cycle track 13.3 over the railway and the final mile past Tilbury Docks and Ocean Terminal to Pierhead 14.2. The enjoyable Gravesend ferry is approx. half-hourly, allowing for a return trip to Dartford on Spin-off 4. But Tilbury Fort (EH) makes a fine destination for this extraordinary ride – though NCN13 is (fitfully) Southend-bound.

Spin-offs 3 and 4 are unique rides. You get an insight into the industrial and entrepot facilities of a great city, some of which is ugly, but that is far outweighed by the stunning estuarine vistas and the birdwatching opportunities en route. Let's hope the few unwelcoming sections  are improved and both spinoffs are adopted as NCN 13 and NCN 1. 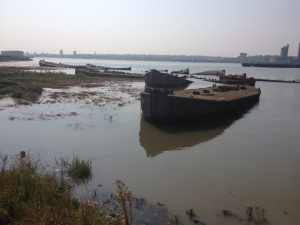 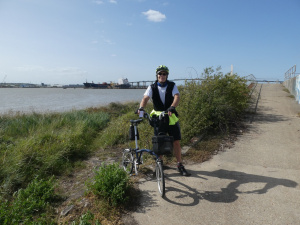 A fellow explorer on Spin-off 3 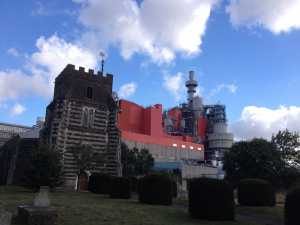 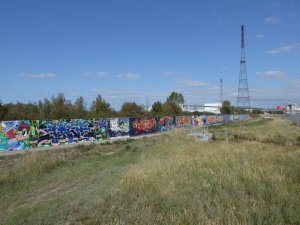 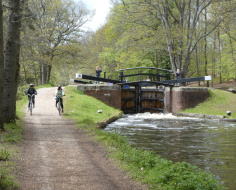 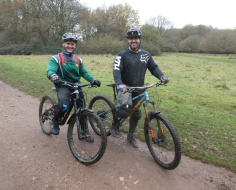 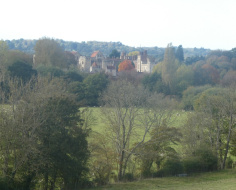 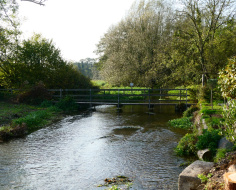