A wishlist of modifications, mostly small, that would improve the Cycle Orbital experience. Many of them ask for the completion of existing Sustrans projects*

1] Arc 4 Dartford to Shoreham: above and along the River Darent (Lullingstone)

A small ask of HMG; we should be able to follow in the footsteps and wheel ruts of Chaucer’s pilgrims and their carts! (The ancient path passes through the Foreign Secretary's Chevening estate)

Surfacing improvements to towpath on sections of the Wey Navigation

Surfacing improvements to towpath on the Slough Arm Canal, Drayton to Langley

Stabilisation of byway surface between South Mimms and North Mymms

NCN12, where are you? Signed but incomplete 2 mile section through Enfield Chase

Completion of the cycleway infrastructure downstream of the QE2 bridge, particularly to the forbidding section at Ebbsfleet on through the cement depot to Northfleet: adoption as rerouted NCN1 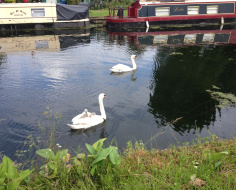 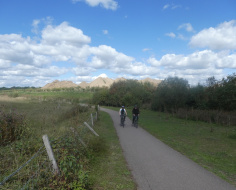 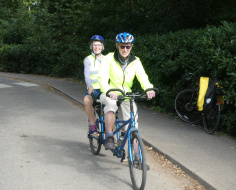 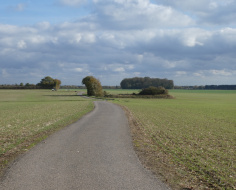 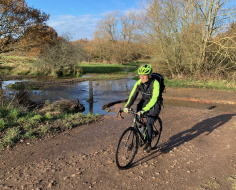